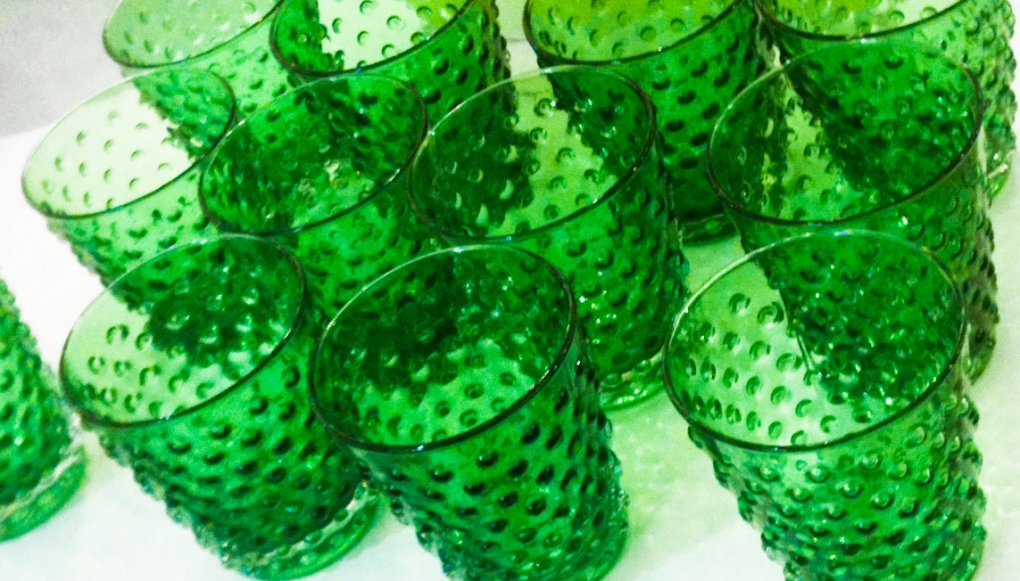 Women and drinking – interview for the Irish Independent

Here’s the full version of an interview I did with the Irish Independent earlier this year about women’s relationship with wine, and whether it has unique characteristics.

Do you think that women’s relationship with wine is partly fuelled by sexism/misogyny in that it’s the ‘acceptable’ face of drinking, because society doesn’t like to see women as hard drinkers or drunk, whereas wine gives the patina of respectability? (Even if you’re drinking three bottles a day.)

It’s always difficult to tease things like this out, because most attempts to single out and pathologise women’s behaviour come from sexism/misogyny! In fact, many women I know drink a lot of beer and cocktails too. However, in pubs in the past there was a tradition of ‘wine for the ladies, beer for the men’ and I think those gendered stereotypes may have stuck around in certain parts of the media.

You used the great phrase ‘White Wine Witches’ in your book Cleaning Up. Can you elaborate a bit more on this and why you think that white wine can drive some women ‘crazy’?

I remember parties, particularly media/corporate ones, where white wine was the main alcoholic drink on offer, and after not very long there was an unusual level of hysteria in the air. Some people I knew would end up in tears relatively early in the evening. However, those events can create tensions in themselves, particularly for those who are nervous around networking – and the drinks were usually free and sometimes never ran out.

There are many theories about this, which may have more or less value. To generalise: It is said that some wines, including Chardonnay, contain more chemicals like sulphites than red wine, and some women seem to react badly to them. It may possibly be something to do with the sugar content, which may also cause some kind of energy spike, which could be especially potent when teamed with alcohol. (Although I should point out that other drinks, such as cider or liqueurs, have far more sugar in them than wine.) Other factors may be that wines have on average become stronger over the years. Also, after work people do tend to knock the drinks back very quickly, and I can well remember doing that. In general, since the recession, the general level of stress in large parts of the population has gone up, so this may well be influencing drinking habits.

Women are drinking more and there’s increasing evidence of a younger demographic being diagnosed with problems like cirrhosis. Do you think this is being dealt with sufficiently by governments – or even being acknowledged by society?

I don’t think governments and society are doing enough about this at all, whether about younger women drinking or anyone else. It’s heartbreaking to see hospital time being taken up by the results of over-drinking, whether in A&E or long-term wards. A huge number of accidents and illnesses are caused by alcohol, and yet governments spend millions on the entirely pointless and unwinnable ‘war on drugs’. Of course, to truly tackle this, quality of life would have to be examined from the ground up, and this might uncover too many things that are unacceptable to those in charge. Life is stressful; for women and minorities even more so. Tackling sexism and bigotry from the ground up would cause major societal change, but the media continues to feed the stereotypes.

In the last hundred years, huge numbers of women have come into the workplace, but the workplace has not fully evolved to accommodate them. Women still battle daily sexism, the glass ceiling, competitive presenteeism, and issues around maternity leave. This can make the workplace incredibly challenging.

It’s also useful to reflect on why there is this gendered examination of peoples’ drinking habits in the first place. A drunk woman is a woman who is potentially less easy to control, which is why there is so much flapping about it. (I’m aware that pregnancy is an obviously complex gendered health issue where alcohol is concerned.) However, while I am a bit suspicious of medical statements that have an element of social control to them, it is also true to say that physiologically, women are seen to be generally more susceptible to the effects of alcohol than men, however unfair this is.

Also, UK society is obsessed with drinking. In society at large, people tend to have a blind spot around alcohol, saying things like ‘I’ve got a right to enjoy myself, haven’t I?’ which on the face of it is quite hard to argue with. But it’s worth unpacking why enjoyment so often tips over into loss of control and thereby loss of responsibility. To resist the pressures of the group and stop drinking is very hard – whether ‘getting your round in’ or just being one of the gang. Stopping drinking can change your life irrevocably. If the drinking culture in your life also focuses round your workplace (or your partner drinks a lot) then giving up is doubly difficult.

It’s a pretty broad question but why do you think women drink and are drinking more increasingly?

If this is the case there are a number of factors. (see my responses above and below). Put simply, women drink because drinking is enjoyable and because they are human.

There’s a part in Caroline Knapp’s book Drinking: A Love Story where she comes to the realisation that maybe it’s not that she was drinking because she was unhappy, but that drink was making her unhappy. What do you think of this – are women who drink excessively inherently unhappy or can it just be a habit that they fall into which then creates its own problems?

There are many, many intersecting factors to this. Even without depression or anxiety, some kind of existing existential discomfort may cause a person to turn to alcohol, because of the way it makes socialising so much easier, and you feel so much freer. (Of course that person may also just really enjoy drinking!) It may take many years to realise that the longer and the more you drink, you are missing out on developing and experiencing certain sides of yourself.

However, regular heavy drinking in itself does bring all kinds of problems, mental, sexual and physical. The effect on your relationships and work also can’t be underestimated. Going to work every day with a hangover is no joke – and hair of the dog (another drink) is the simplest way to remedy that. Someone may have learned to drink in their family home, so a certain way of drinking may have become normalised for them.

There is also a chicken and egg situation here, in which women who like drinking may find themselves drinking more when they are already stressed (or perhaps premenstrual), so the effect may be compounded.

It’s easy to pathologise ‘women who drink’, but I am sometimes surprised that more people don’t drink regularly, particularly given the lamentable state of public mental health services.

There seems to be an increasing emphasis on how fattening alcohol is or how it can ruins your looks as a deterrent to stop drinking. Do you think this is helpful or is it avoiding getting to the route of the problem, whatever that might be?

If someone really wants to drink, none of those suggestions will have any effect at all. See also smoking, and the terrible anti-drug adverts we’ve seen over the years.

Plus, appealing to ‘women’s vanity’ is also sexist and I’m not surprised many women reject this, as this sort of deterrent would not be suggested to men.

In Ireland and possibly Britain, people tend to be at crisis point before seeking professional help when it comes to drinking. But if you’re maybe just concerned about it, would like to drink less or explore why you are drinking so much, but don’t think you’re addicted, is therapy useful here?

I think if someone is wondering why they are drinking more and more, and perhaps negative things are starting to happen to them, then going for therapy could be very useful. It may enable them to uncover aspects of their past, and their personalities, which may throw light on why they are turning more and more to intoxication. Therapy might also help someone look at their family history and figure out if there are issues with drinking or mental illness that they have not looked at in detail before.

Note: if you’re concerned about your drinking and would like to cut down, and don’t feel that AA is for you, you could try Club Soda, the London-based support network that hosts all sorts of community events and online discussions for people concerned about their alcohol intake.